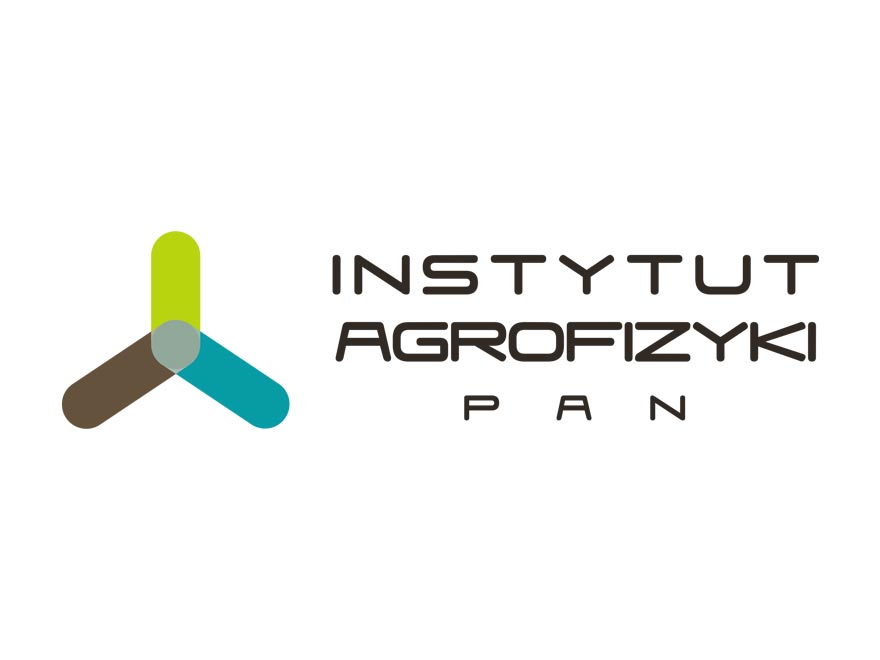 Cell walls of fruit and vegetables are rich in pectins, hemicellulose and cellulose. They are natural and biodegradable polysaccharides. For this reason their biodegradability, biocompatibility, edibility, and versatile chemical and physical properties are currently being intensively studied in order to deliver functionality to newly developed products in both the food and the non-food industry. One of the expected advantages of this activity is an improvement in the mechanical properties of products with the addition of these biomolecules.

The fruit and vegetable industry is the producer of a large amount of waste; therefore it is economically reasonable to valorize this waste to produce natural fruit-based polysaccharides. This is the challenge that was recently undertaken by researchers from the Department of Microstructure and Mechanics of Biomaterials (MMB) at the Institute of Agrophysics, Polish Academy of Sciences in Lublin. The approach proposed by this group combines basic research (fine structure analysis of each polysaccharide with an atomic force microscope, evaluation of rheological and mechanical properties) and development (improvement of biorefining technology and the development of new functional polysaccharide-based products).

Atomic force microscopy (AFM) has provided deep insight into the nanostructure of each cell wall polysaccharide however; the main focus of current research is on the structure of pectins due to their as yet unrevealed function in the plant cell wall and wide range of potential applications in the food industry. It was revealed that pectins have a characteristic structure and rheological properties which depend on the solvent used to extract them and the time which has elapsed after harvest. Water soluble pectin molecules are of subnanometer size and possess the most viscous properties. When a calcium chelator is used for biorefining, the pectin molecules are long and branched. The most interesting structure has been obtained for molecules extracted from material such as apple, pear or carrot with sodium carbonate. These pectins form a regular network on mica, independently of the fruit species. This network is ultimately lost due to enzymatic degradation, therefore it is supposed that this capacity may play an important role in fruit mechanics. Moreover, the sodium carbonate pectin fraction demonstrated a thixotropic effect that is very useful in the food industry.

Concurrently with the above basic study, Dr hab. Justyna Cybulska who is an MMB member has developed a new cell wall based additive called TexAp that improves the texture of many food products. TexAp is composed exclusively of polysaccharides from fruit and may be made from fruit waste as well, it therefore contains a high concentration of natural dietary fibre. The desired functionality has been obtained by a patented method that includes micronization, spray drying and the addition of a demethylated fraction of pectins. The positive effect of TexAp addition was demonstrated in a series of laboratory and industry tests for products such as ketchup, milk drinks, bread, cakes, meat, etc. A recent study was performed in the MMB group and showed that further improvement of this technology is possible by using citric acid for pectin extraction and by supplementing this process with metal ions such as calcium, iron, magnesium or zinc. In the latter case, it was shown that the ions may interlink with pectins, in this case, they would be incorporated within TexAp as pro-health components, thus enhancing the main function of this food additive.

Most recently, processed forms of native cellulose have been used for nanocomposite technologies. These are called nanocellulose and assume forms such as microfibrillated cellulose, nanofibrillated cellulose and cellulose nanocrystals. Cellulose nanostructures have been recognized as a possible bio-based additive to enhance biopolymer performance, in terms of their mechanical, thermal and barrier properties. Cellulose-based materials are widely used because of their biocompatibility, edibility, abundance in nature and relatively low cost. Usually, nanocellulose is obtained from wood microcrystalline cellulose and this technology is rather well known. However, due to the aforementioned need to valorize a large amount of fruit and vegetable waste, a new method for nanocellulose preparation from cellulose originating from fruit and vegetable waste is currently being developed in the MMB group by Dr hab. Monika Szymańska-Chargot. The idea of the project is based on the fact that up to 43% of the cellulose of fruit and vegetable pomace has a degree of crystallinity of 35%, so it may potentially be effectively used as a source of nanocellulose. Moreover, the cellulose obtained from fruit pomaces has thinner microfibrils, which ensure better filler properties. It is also believed that using cellulose from a different origin will allow different cellulose nanocrystals to be obtained which would result in the tailored reinforcement effect and control of nanocomposite properties. The project aims not only to obtain nanocellulose, but also to obtain a new biomaterial from the nanocellulose with an antibacterial function, this development is  expected to occur within the next two years. 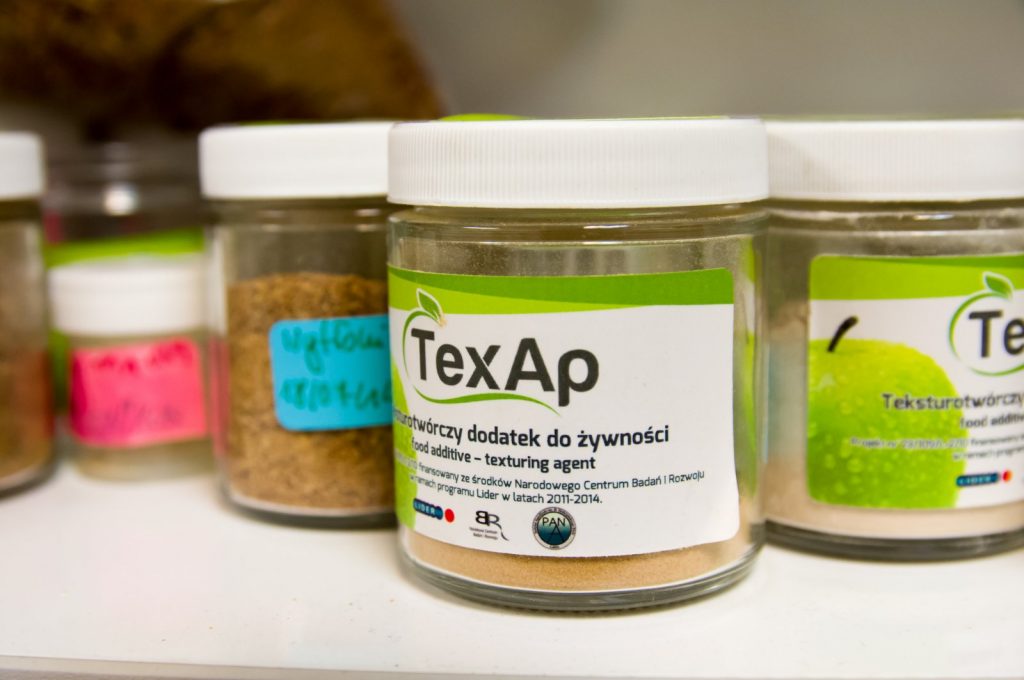 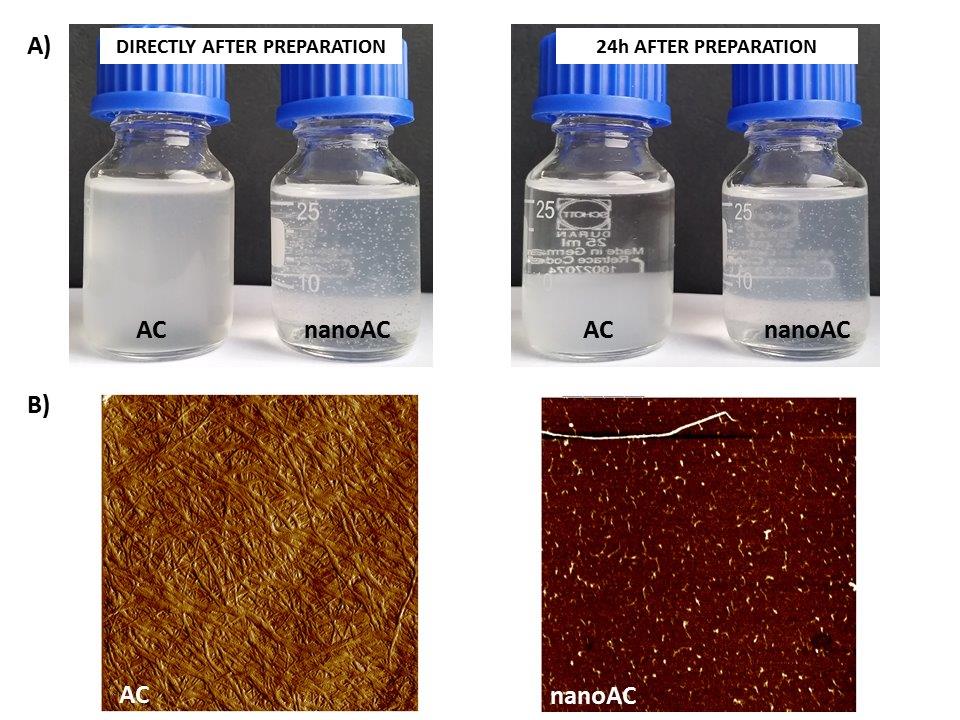 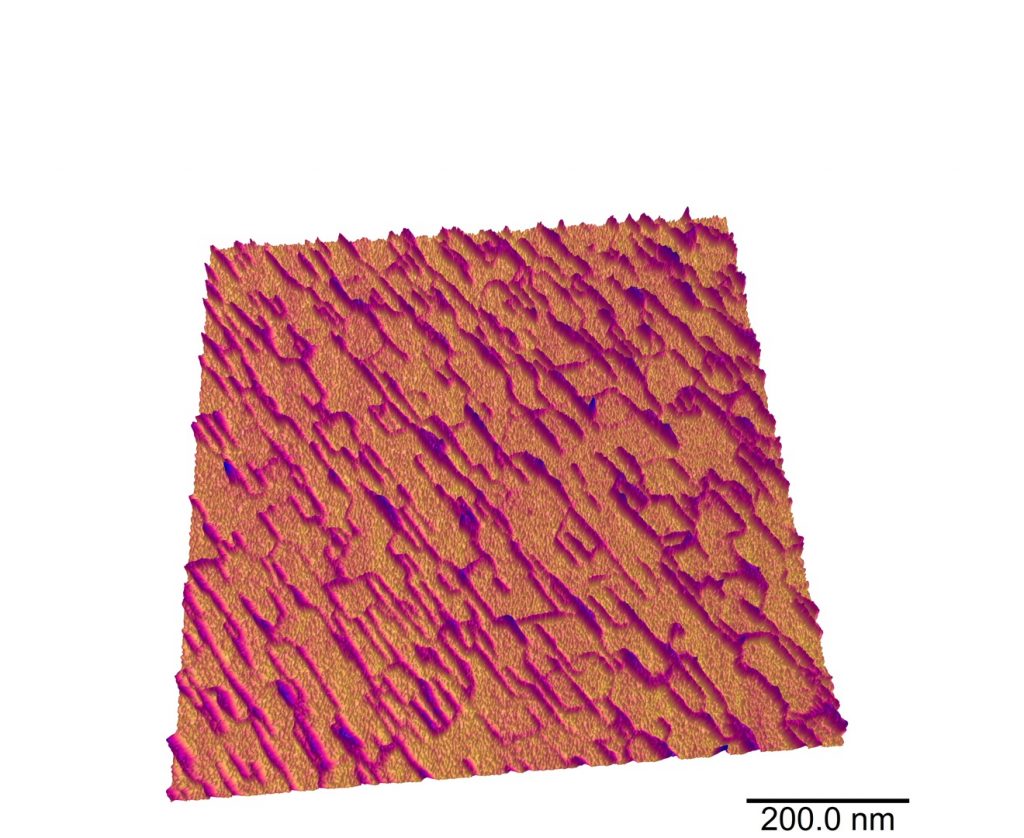